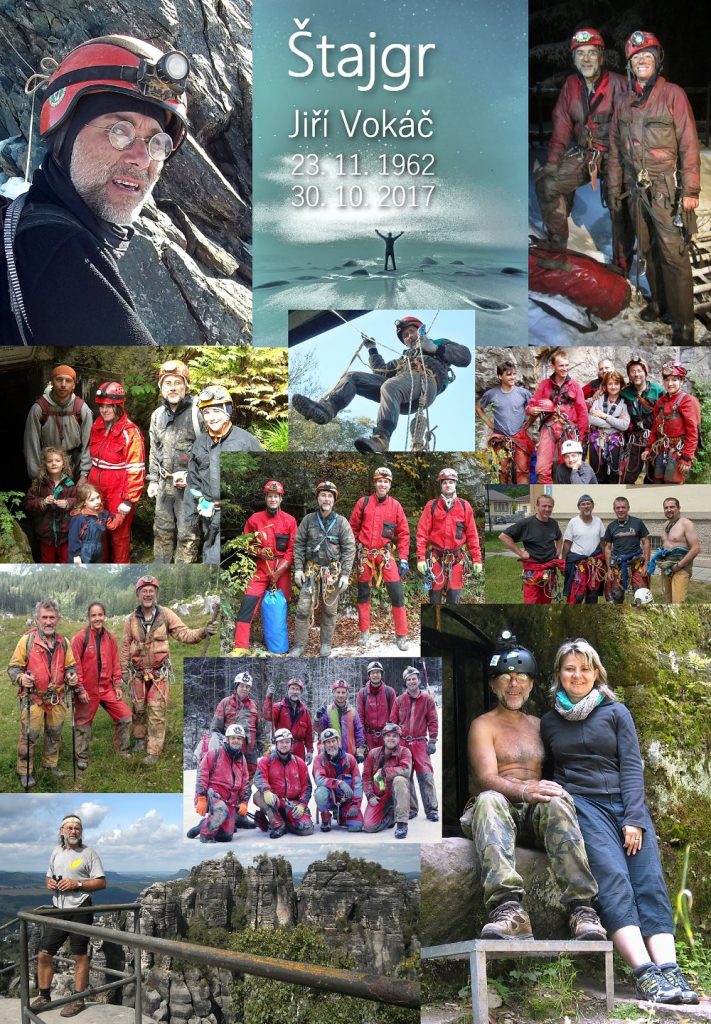 Two cave explorers left already on Saturday, the 28th October for a multi-day tour in Warwas-Glatzen-Cave-System, about 15 km WSW from Mariazell / Styria. The aim was to explore new routes. Both cavers are considered very experienced.

On Monday, the 30th October 2107 around 23:00 it came to a momentous accident. The Czech was obviously attaching a safety rope. For unknown reason the 55-year-old fellt about 30m into the depth and suffered severe head injuries. His Loweraustrian colleague provided the casualty at its best and then alerted the cave rescue.

Just before 3:00 a.m. reached the alert mountain rescue, mountain police and cave rescue. At 9:45 a.m. entered the first cave rescue group the cave and worked their way forwards to the accident site in a hard to reach side corridor. In the meantime the mountain rescue set up a care tent next to the entrance at 1400m altitude. There was a good 10 cm of snow. Two further teams entered together with a physician the cave. Soon after was clear, that there was no salvation for the Czech cave explorer. He had succumbed to his heavy skull injuries.

The operation lasted about 24 hours. About 70 rescuers and 2 helicopters were in action. The transport way had no big shafts stages. Special challenges were boulder collapses and very narrow passages, which had to be extended accordingly. A Tyrolean traverse brigded a big room with steep descent and ascent. A short shaft ascent with an extrem narrow escape finally led to the cave exit.

The Warwas-Glatzen-Cave-System is with 10,7km lenght and 765m deepth under the longest and deepest caves in Austria. Narrow and very angled passages, temporary floodings and ice plugs characterize this widly branched cave system.